A new trend is emerging every day in Fintech app development. From artificial intelligence to blockchain technology, there’s always something new to learn about how these innovations can help banks run more efficiently. This article will discuss some trends that will influence our financial services in 2023 and beyond.

Artificial intelligence (AI) is a computer system that can think and act like a human. It can perform multiple tasks humans are used to, similar to driving cars or diagnosing medical conditions. Also, this technology helps automate many repetitive tasks that humans have served for years, saving time and money for businesses.
In banking, developers can utilize AI in fintech app development for developing fraud detection systems that identify fraudulent transactions at the point of sale (POS). This technology uses pattern recognition algorithms based on machine learning to identify patterns from large amounts of data collected from customers’ bank accounts over time.
The system compares these patterns against previously known patterns created by hackers who steal personal information from other banks’ systems during cyberattacks. If it detects similarities between your transaction history and those known hackers’ activity, you could be affected by identity theft!

Neobanking is the future of banking.
With the rise of mobile phone usage, it’s easier to access your money wherever you are. As more people adopt smartphones for everything from communication to shopping online, most banks have realized that they need a new way to provide financial services. The result is Neobanking—using digital technology (e-banking) at an affordable price.
It allows consumers who don’t have access or time with traditional brick-and-mortar institutions to enjoy all the benefits associated with being able to pay bills electronically through apps like Venmo or PayPal.

Banks are increasingly concerned about data protection and security. As a result, they’re looking for ways to protect consumers’ information from hackers and other third-party vendors. They also want to ensure that their employees are not leaking confidential information about clients or customers.

Data protection has been an ongoing concern for banks since the beginning of time—and it will continue into 2023!

QR code payments are a form of mobile payment that uses the Quick Response (QR) code. A QR code is a type of barcode that contains information about the item being purchased and can be scanned using your smartphone to complete a transaction.

QR codes have been around since 1994, but it wasn’t until 2003 that they became widely recognized as an alternative to cash or credit cards for payment purposes. Since then, they’ve grown in popularity among consumers who prefer them over other payments like debit cards or point-of-sale terminals. Developers can build their fintech app development projects around this technology because there’s no need for anyone else—you don’t need any special software installed on your phone!

Biometrics is the use of biological characteristics to recognize an individual. It can improve security, convenience, and privacy in fintech app development solutions.

Biometric devices are becoming more common as they enable businesses to keep track of their customers through their phones or computers without having them physically present at their workplace location.

For example, if you are going into an office building on business but don’t want anyone else there knowing what it is that you do for a living, then using biometric technology would allow them one way into learning this information without needing any other information like your name, etc.

Blockchain technology is a decentralized, peer-to-peer database that records transactions. It was created as open-source software in 2009 by Satoshi Nakamoto and implemented in 2009.

Blockchain records transactions between two parties without needing mediators or third-party involvement. It means who can’t manipulate it like traditional ledgers since everyone is on equal footing when using blockchain technology. Users also verify transactions rather than third parties like banks or government agencies to confirm them (or not).

Fintech is the future of banking. While most people think of fintech as something that will help banks run more efficiently and increase their customer base, there are many other ways to make life easier for financial institutions.

For example, one-way fintech has been making waves by improving efficiency within banks’ systems. It means that rather than having to handle multiple tasks manually, technology such as artificial intelligence can now automate them (AI). AI software will be able to analyze data faster than humans could ever do on their own—and no longer will you have to spend hours analyzing your financial records weekly! 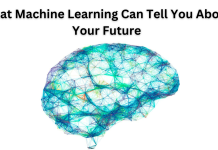 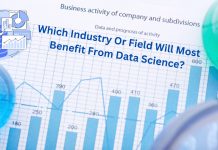