We already talked here on the blog that artificial Intelligence is not only a part of science fiction films and that it is increasingly part of our day. We have not yet shown how this technology is already being used in different sectors of our country. But let’s take it easy. First of all, we need to recapitulate this story that we have been telling during the last months.

What is Artificial Intelligence?

Nicknamed affectionately AI, this branch of computer science aims to create devices that simulate the human being’s ability to reason, perceive, make decisions and solve problems. In short, AI seeks to create machines with the Intelligence of humans.

Although it looks like modern technology, it has been around for decades. However, it is seen as a brand new technology because of the tremendous technological development we have had in recent years. It became viable. Artificial Intelligence is divided into four phases:

This step is called passive Artificial Intelligence. In it, a human being needs to supply the data system for it to work. Otherwise, the device will not have enough capacity to act as it should. We can compare this stage to a car when it runs out of gas. Of course, it will not walk. So, gasoline would be the data and the vehicle, the machine, or software.

At this stage, the machine can perform predetermined actions. In other words, a human being does “X” programming. From that point on, the software will only do such programming. Imagine in the distant (or not so) future when you have a small robot capable of preparing quick meals. However, the robot does not know how to make the dishes. He only knows what he has to do. So, if you schedule him to serve a bowl of cereal every day at 10 am, he will only know how to do it. He is not intelligent enough to understand what you like to eat. He simply does the action that is programmed.

Also known as “Theory of Mind,” this phase already has a sure touch of science fiction. Here, AI can understand human feelings but cannot feel them. Going back to your not-so-distant future, this phase will be that of your robot butler called Alfred (yes, just like Batman). He knows you are sad, and then he goes to the kitchen and prepares a brigadier. Do it because you know it will make you happier. However, Albert still can’t feel what sadness is or the sensation savoring that brigadeiro will bring you.

This is the stage worthy of film and literature. At this stage of artificial Intelligence, machines have consciousness and can feel the same things. The device starts to see itself as a living being. Now, dear Alfred can feel the same feeling of happiness when he gives the brigadier a spoonful.

And how does that change business?

Now that you have remembered what artificial Intelligence is and thought about your future with a robot butler named Albert, let’s go back to reality and show how and where AI is already being used.

A Salesforce survey revealed that 21% of sales, services, and marketing in the U.S. already use artificial Intelligence extensively to improve their processes. Vicente Goetten, director of Totvs’Totvs’ innovation lab in Silicon Valley, says that:

“Artificial Intelligence tells you how you are doing with your competitors and what you should do to improve, what products you should sell, what promotions to do.”

As such, it has become a tool for making the profits of countless companies effective. “But only the giants can take advantage of this resource.” If you believe that, I have excellent news to tell you now: several companies provide services for small and medium enterprises. We at Mercado Binário are one of them. MB has a robot called ElevaWeb, which allows the entrepreneur to focus on his business and not worry about marketing, as he will be running automatically with total security. But now, enough about us.

Microsoft recently thinking a text on the application of artificial Intelligence in real estate business in Pakistan. Among the cases. Which use a solution based on Cortana Intelligence Suite resources, offering services such as automatic subtitles in six languages. Microsoft AI created a device that searches for the words mentioned in the teacher’s video. For example, if the student is watching a video on the history, everything the teacher says will be automatically transformed into a caption. Until then, YouTube does it, too, right? But Microsoft took it a step further and made it possible for this student to search for the part of the video he wants through the subtitles generated by the software. 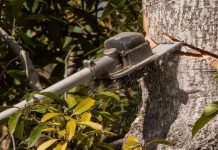 What is the right time to opt for a tree removal service? 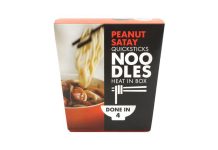 7 Unique Ways to use Noodles Boxes for Packaging Purpose 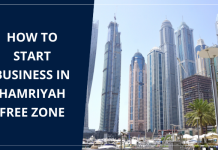 How to Start Business in Hamriyah Free Zone