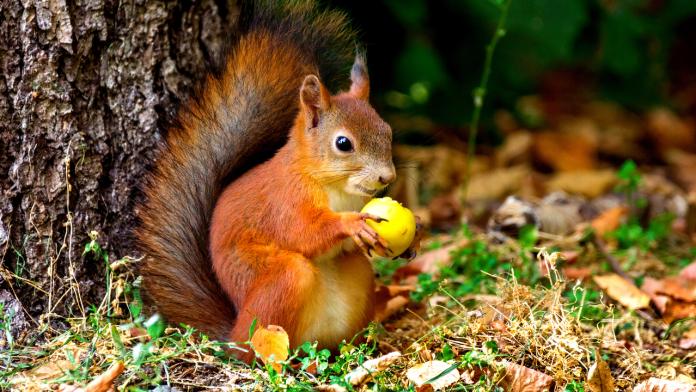 Squirrels are cute enough to want to retain because of their bushy tails, large eyes, and little noses.

Have you, however, ever seen a pet squirrel? There are a lot of strong reasons why this is probably not the case. Even though they are terrible house guests, they used to be frequently kept as pets!

Of course, other animals were also kept as pets, such as buffalo, badgers, and raccoons, and most people should be aware that these are not ideal creatures to have within your home. The tradition ended when people realized how terrible pet squirrels are.

Even so, because it’s difficult to turn down such a cute little creature, let’s discuss the drawbacks of owning a squirrel as a pet.

Contents hide
1 Squirrels & Related Rodents
2 The Morality Of Keeping Wild Animals As Pets
2.1 Fun Fact: Early American Pets
3 What You Need To Know About Keeping A Squirrel As A Pet
3.1 It’s Illegal
3.2 Their Teeth Never Stop Growing
3.3 You Can’t Buy Squirrel Food
3.4 Squirrels Have Sharp Claws
3.5 They Also Have Sharp Teeth
3.6 You Can’t Leave A Squirrel Alone Overnight
3.7 They Need A Lots Of Space And Exercise
3.8 Squirrels Are Very Messy
4 Last Thoughts

Squirrels are classified as rodents since they belong to the scientific order Rodentia.

Some rats are kept as pets by people. For instance, ordinary home pets like mice, rats, guinea pigs, and hamsters can be wonderful first pets for children.

This suggests that squirrels might be suitable as pets as well. But consider the alternative. Pests also include rodents. They invade your home, leave droppings all over, consume your food, get inside your car and fill it with cactus, chew through cables, and more. 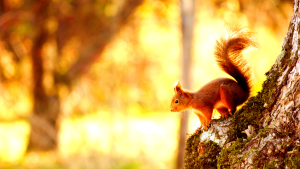 Rats, mice, and other rodents are often not the kind of animals you want to welcome into your home. Keeping a pet squirrel is therefore not the best choice. Making the distinction between domesticated and wild animals is crucial. The damage that rodents do to your house and car is insane.

The guinea pigs, hamsters, mice, and rats we described are domesticated rodents that were born in captivity, in contrast to rodents maintained as pets. Have you ever seen a squirrel in your neighborhood pet shop while looking at the various animals that may be kept as pets? Obviously not. However, have you ever questioned why that is?

Wild animals include squirrels. Since no tamed squirrels exist, they cannot be bought from a pet shop. Squirrels don’t make good pets because, as wild creatures, they lack the traits that characterize domestic pets.

The Morality Of Keeping Wild Animals As Pets

We employ cages as punishment for heinous acts because, to humans, being imprisoned for the rest of your life is one of the worst things that might happen to you.

How different do you suppose it feels for a wild animal to be pulled out of the unending wilderness where they have spent their entire existence just to be placed in a little cage?

It’s a fate that you would be forced on any squirrel you tried to keep as a pet; it’s pretty comparable to that.

It is wrong to keep a wild animal as a pet. If you don’t want your freedom taken away, you shouldn’t want to steal another animal’s freedom either.

The situation is different for animals that are born in captivity. For thousands of years, domesticated animals like dogs, cats, and horses have developed alongside humans.

They’ve grown to depend on us as their suppliers and have acquired certain traits that make them excellent human analogs.

Wild animals, meanwhile, are completely independent because they haven’t developed those same instincts. 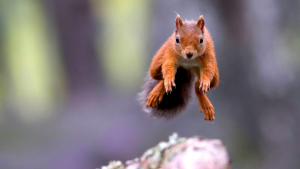 Things were pretty wild in early America, including the inhabitants. They engaged in some bizarre behavior, such as keeping badgers and buffalo as pets.

During this period, squirrels were frequently kept as pets. You could go out and buy a squirrel in the middle of the eighteenth century, and squirrels are even depicted in numerous family photographs from this time period.

Benjamin Franklin once wrote a eulogy for his friend’s deceased pet squirrel, Mungo.

People quickly came to the conclusion that squirrels are terrible pets. Fortunately, we now know what those early explorers didn’t, and we’ll talk about it in the part after this.

Though keeping squirrels as pets may have once been permitted, it is currently prohibited in the majority of states.

In the majority of locations, special permissions and licenses for wildlife rehabilitation are needed in order to keep a squirrel.

Until the squirrel dies, its teeth grow continuously. Squirrels have to chew continuously to keep them at bay.

This basically implies that everything in your house will get destroyed or have chew marks on it. Your ears, couches, and bookcases are all in danger.

If your dog is hungry, you can simply go to a pet store and buy some dog food, but you’ll find that there are no stores that sell squirrel food.

However, squirrels have highly specialized dietary requirements. It will require a lot of time, effort, and money to meet their needs.

Because of their keen claws, squirrels can easily climb trees. Do you think your squirrel will succeed in getting onto your shoulder as it tries to climb up your arm? Your skin will be torn to pieces. 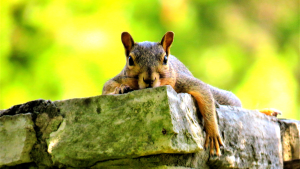 They Also Have Sharp Teeth

Although squirrel teeth are highly sharp and continue to develop until they are killed, this can lead to a number of issues. First of all, squirrels lack a bite inhibition reflex. When playing with their owner, dogs and cats have learned not to bite hard, but if a squirrel’s brain tells them to bite, there is nothing to stop them from doing so.

They don’t know when to stop chewing, either. A dog can be trained to just chew on a specific chew toy in the house rather than particular household things, but a squirrel cannot be trained in the same manner.

Once you have a squirrel, you are very much owned by it. A squirrel must never be left alone, not even for a single night.

We don’t know of any qualified squirrel sitters, so if you need to go, you’ll need to find one.

They Need A Lots Of Space And Exercise

Squirrels in the wild have access to vast woods. They have almost a limitless area to move about and jump from tree to tree. But even if you reside in a mansion, your house is not even close to the size of a forest.

They must spend roughly three hours each day moving around and expelling their practically limitless energy. If you didn’t think raising children was challenging, try raising a squirrel. It’s not just high maintenance.

The worst house visitors by far are squirrels. They like to keep their living spaces tidy, but they are exceedingly messy.

This entails that whatever a squirrel finds unclean is dumped on the ground for you to pick up, including leftover food, insect fragments, animal waste, and more. If you have a squirrel inside the house, be prepared to discover waste all over the place!

Despite the fact that squirrels were once kept as pets, it is a poor notion.

Not only is it typically against the law, but squirrels also make terrible pets.

Since they are wild creatures with no signs of domestication, you may anticipate dealing with a never-ending stream of issues while you spend all of your time caring for your squirrel.

Squirrels cannot be bought as pets for a variety of reasons, and it is never advised that you try to domesticate a squirrel that you find in the wild.

Are you maybe dealing with crows? Here are 5 things that attracts them that you should consider. 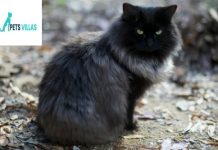 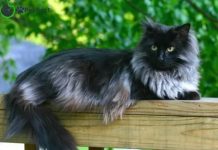 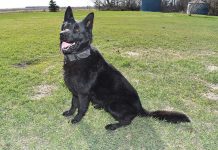 Everything You Need To Know About Long Term Care Insurance In...