K-drama Once Upon A Small Town Episode 1 Review & Recap transports us right to the veterinary office with a cute montage of several pets. The pug puppy Walnut, whose huge eyes and panting, drooling cheeks instantly melt our hearts, is being checked on by a young doctor. The sound of the doctor’s phone rings as he responds to the worried parent of one of his patients. The vet ignores it because he believes it to be spam and keeps checking the dog.

K-drama Once Upon A Small Town Episode 1 Review & Recap

After the consultation, his phone rings once more, and this time Assistant Lee is on the other end. The answers the phone uninterested, but as the other party breaks the bad news, he jumps and rushes out of his clinic.

He makes several unsuccessful calls to his grandpa while operating his colleague’s vehicle. He finally makes it to his grandfather’s house after spending the entire day driving, dreading the worst, and worrying about what might go wrong.

While at work, Han Ji-yul, a veterinarian in a metropolis, gets a call from his grandfather. He responds and learns that there is a problem, so he travels to the village where his grandparents reside. When he gets to Huidong hamlet, Ji-yul is trying to get into their closed house while standing outside their house peeking in. He is tackled by female police officer Ja-young, who believes him to be a thief.

When she finally asks Ji-yul for identification, she is horrified to find out who he is. Ja-young explains to him that he is concerned since the house is empty of his grandparents. When her coworker misinterprets their exchange, Ji-yul is knocked out.

When Ji-yul wakes up, he asks about his grandfather and discovers that the elderly man had left on a cruise that morning with his wife. The vet clinic’s nurse informs him that she lied on behalf of his grandfather since she was told to get him to hurry there.

When Ji-yul finds out that his grandfather lied to him about his health in order to convince him to go back to the village, he is startled. He receives a call from his grandfather, who tells him to take care of the animal hospital until he gets back because he, too, was a veterinarian like his grandfather.

In K-drama Once Upon A Small Town Episode 1 Review & Recap a patient approaches asking for assistance as Ji-yul is still trying to digest everything that has happened to him. Ja-young apologises to him and invites him to join her for another emergency as he’s about to leave.

On the way, his city-dwelling coworker persuades him to remain in the country. Ji-yul and Ja-young are chit-chatting when Ja-young inquires about Ji-most yul’s recent trip to the hamlet.

Sang-yeon, a villager, gets startled by her while she is preoccupied and falls head first into the rice paddies, soiling his clothes. She apologises to him as he rants at her, telling the police to be careful.

The farm of a peasant who phoned the veterinarian for an emergency is where Ji-yul and Ja-young arrive. He admits it was a hoax and his chicken didn’t require medical attention.

When Ji-yul learns that the villager has captured a dog that was stealing his chicks, he is furious.

Ji-yul is attempting to figure out a method to assist the dog as the villager tries to get out of the issue by lying. Ja-young tries to persuade Ji-yul to be kind with the villager and to concentrate on saving the dog instead.

They argue over differing ideas, and he corrects Ja-young for disregarding the life of an animal that is obviously suffering. She eventually takes the injured dog with her and drives him back to the clinic.

Ji-yul examines the dog’s wounded leg with an X-ray and is happy to discover that everything will be well. Ja-young is furious with Ji-yul while he tends to his wound. She refuses to answer his question about whether everything is alright.

When Nurse Yeong-suk (from the animal hospital) calls Ja-young at work. They proceed to the agitated animal once the female cop tells him it is what it is. The aforementioned animal is a goat that is acting up and Ja-young drags Ji-yul along with him.

You May Like: 8 MOST CRUCIAL RISK FACTORS INVOLVED IN DIY PACKING AND MOVING

The villagers come to Ji-house yul’s to give him food after a long day when he is finally home alone. Ji-yul expresses his displeasure with the villagers’ encroachment to the women directly, but they don’t seem to take him seriously.

Ja-young requests the women to leave him alone after apologising to him on their behalf. When they are alone together, she advises him to keep his house’s doors securely closed because the community does not yet have smart locks.

He tries to argue with Ja-young despite her requests for him to eat healthily. He reads a letter from his grandfather, who apologises for troubling him, once he is by himself.

Ji-yul visits the animal hospital to look at the letter because it makes him nostalgic for his time growing up in the village. The dog from earlier that day is located, and he treats his injured leg. Then, after locking the facility, Ji-yul leaves and finds Ja-young swimming in a pond.

Who would have thought that a K-pop star like Red Velvet’s Joy would become a police officer who works in a tiny town? That’s why this K-drama is so fascinating! It will be interesting to see how the animal-centered healing drama.

In contrast to Sang-yeon, who missed Ja-car, young’s viewers may predict a love triangle from a great distance away. It’s clear that he has feelings for the police officer.

This K-drama is quite intriguing because no one would have ever envisioned a K-pop star like Joy. It will be interesting to see how the show develops into a sweet romance between Ji-yul and Ja-young. The show is positioning itself as a novel healing drama focused on animals.

Unlike Sang-yeon who missed Ja-car, young’s viewers can spot a love triangle coming from miles away. Though it appears that our police officer has a thing for Ji-yul, the moody, hot vet.

The cops and Ji-yul exchange chilly looks as they return to the clinic in silence and awkwardness. He finds it strange and wonders why he must go to people’s homes to treat the animals. The officer responds that doing it this way is simpler and faster. Ji-yul finally makes it to his grandparents’ home after a busy first day in the town.

When he inquires about their motivations, they initially laugh it off before going on to explain that while it might make more sense for residents of Seoul to lead solitary lifestyles, in small towns, everyone coexists. The sooner he grasps this concept, the easier it will be for him to fit in. They rang the doorbell but no one responded, so they allowed themselves in to keep the food waiting for him.

Everyone agrees to let him retire for the day after dinner. The head of the women’s organisation gives him a piece of advice, saying that in a small town, people will still give you stuff even if you don’t need them. And the same folks will give you more than you need if you are in real need. The locals are like that. 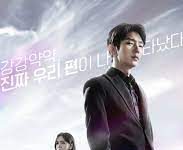 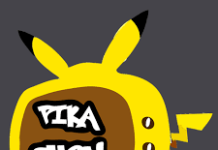 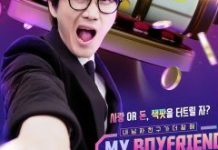