Home Travel Permanent Resident in Canada with routes
Facebook
Twitter
Pinterest
WhatsApp
Contents hide
1 Permanent resident in Canada
1.1 Canada PR visas
2 What are the main benefits of applying for immigration to Canada through a PNP?
2.1 Assigning points to the training area:
3 How to Apply to a Canada PNP (Provincial Nominee Program)?
3.1 Apply directly to a PNP in Canada:
3.2 Apply through the Express Entry System:
4 Express Entry vs PNP: Which is best to get Canadian permanent residency?
5 What is the Express Entry linked stream of a PNP?
6 Which is the best Provincial Nominee Program to get Canada PRR?
6.1 Manitoba PNP- Skilled Worker Overseas Stream:
7 Which PNP needs the lowest score on the IELTS?

Permanent resident in Canada: When Canada is mentioned, people think of a place with many opportunities and a safe future. You are a permanent resident of Canada and have either already moved there or are on your way there.

Canada Immigration means you will be a part of a warm and welcoming country that welcomes people worldwide. It makes it easier for people to move from their home country to the provinces they want to live in.

The most recent Canada PR visa talks about the government’s plan for the number of immigrants from 2021 to 2023. The country wants to bring in more than 40,000 new people yearly to make up for the drop in foreign arrivals, which had been put on hold because of the COVID-19 pandemic. From 2021 to 2023, the Immigration Levels Plan aims to bring about 60% of people who want to move to Canada under the economic class programs.

Canada PR visas will primarily be given out through an online system called Express Entry. This system chooses Permanent Residents of Canada based on their age, work experience, education, and ability to speak English or French, as well as other factors like having a job lined up, a network of contacts, or a real desire to live and work in the province of Canada where they want to live with their families.

What if you cannot become a permanent resident of Canada by following the steps above? In that case, you can apply to move to Canada through the Provincial Nominee Program, which is another way to get there.

The Canada PNP (Provincial Nominee Program) is one of the most important ways to move to Canada. People who want to move to and live in a particular Canadian province can apply to the PNP Canada programs for that province. Each region works with the federal government of Canada or IRCC (Immigration, Citizenship, and Refugee Canada) so that each section can choose its permanent residents.

The PNPs let the different Canadian provinces choose the immigrants who would be best for their economy and job market and then nominate them for permanent residency in Canada. Each province decides its skilled foreign workers based on its needs, criteria, and parameters. Because of this, each province has its own set of rules.

What are the main benefits of applying for immigration to Canada through a PNP?

In some provinces, applicants do not need to have a job offer.

Helps you get a higher CRS score: You can get 600 extra CRS points if you get a nomination through the Express Entry stream of a PNP. It boosts your Express Entry CRS score a lot. It makes you eligible to get an ITA (Invitation to apply) for a Canadian PR visa.

Assigning points to the training area:

Some PNPs, like the Saskatchewan PNP, also give you points for the training area.

Let’s say you apply to any PNP Canada programs (see the list at the bottom of the page) and are chosen. In that case, you get a nomination from that province, which lets you apply for Canadian permanent residency.

How to Apply to a Canada PNP (Provincial Nominee Program)?

To apply for a provincial program in a Canadian province, there are two main ways:

Apply directly to a PNP in Canada:

If you already know which province you want to live in, you can apply directly to that province’s Provincial Nominee Program. Here are the steps you need to take to apply for the PNP directly:

Pick a province and apply to its program for provincial nominees.

A PNP will look at your application based on that province’s selection criteria and point system.

If your profile is a good fit, it will send you a nomination letter.

Based on the nomination, you can send an application to IRCC to become a permanent resident of Canada (Immigration, Refugee Citizenship Canada).

When IRCC gets an application, it usually checks the candidate’s medical and character certifications and takes care of other formalities.

Apply through the Express Entry System:

If you sign up for Express Entry and get into the Express Entry pool, the different provinces in Canada will be able to see your profile in the EE pool. If a province chooses your profile, that province’s PNP will send you an invitation to apply through the express entry stream. Let’s say you get an invite like this from a province. In that case, the province’s nomination or invitation makes you eligible for an online ITA for a permanent residency visa.

Express Entry vs PNP: Which is best to get Canadian permanent residency?

Well, this is the question that every applicant asks most often. The express entry system is the largest and most popular immigration system in maple leaf country. It looks at the applicant’s profile and scores them based on age, education, work experience, language skills, etc. If you have enough points, IRCC will send you an invitation to apply.

But if you have a low CRS (Comprehensive Ranking System), you can apply to any Provincial Nominee Program (PNP). Even if the applicant has a low CRS score, many PNPs will still let them in. For example, Ontario agrees with applicants if their CRS score is at least 400 points. Under the Express Entry Stream of the Canada PNP, Canadian provinces also invite applicants from the Express Entry pool based on their CRS score and eligibility.

What is the Express Entry linked stream of a PNP?

The Express Entry aligned stream is the one that works with the federal system called Express Entry. With this stream, Canadian provinces can choose candidates from the Express Entry pool and let them know they can apply for nomination.

If someone applies and the PNP likes their profile and application, they may be accepted. In that case, they can get a nomination from the province and get 600 more CRS points in the federal express entry system. With such a significant increase in CRS points, an applicant is sure to get an ITA (Invitation to Apply) from IRCC for Canadian PR in the next draw of the federal Express Entry System.

Which is the best Provincial Nominee Program to get Canada PRR?

There are different nomination programs run by the provinces, which invite applicants and then put forward the best ones for permanent residency in Canada. Some of the most popular provincial shows are:

Most people who want to apply choose the OINP-Express Entry-Human Capital Priorities (HCP) Stream. Compared to the EE system, the CRS points needed to apply to OINP are not very high. Saskatchewan’s OID and Express Entry Stream: The SINP’s OID subcategory requires a low IELTS band score. People with low points can also apply for the Express Entry subcategory.

The MPNP- Skilled Worker Overseas Stream nominates people who already have a connection to Manitoba.

Which PNP needs the lowest score on the IELTS?

The International English Language Testing System (IELTS), a test of how well you speak French or English, is a vital part of Canada’s immigration system. Based on an applicant’s IELTS Test score, immigration officials check how well they speak English.

Apply to the best Canada PNP this year to get permanent residency in Canada. Visas Avenue can help you.

Based on your profile, suppose you want to apply this year for the best PNP Canada. In that case, you can call or visit Visas Avenue, the best and most registered visa consultant in India, for complete help and support. The immigration expert on the VA team looks at your profile and helps you apply to the best immigration program based on your skills. And experience to get your Canada PR Invitation as soon as possible.

The Canadian government of immigration is willing to accept newcomers on family, economic class, refugee, humanitarian, and not to mention compassionate grounds.

As you probably already know, a Canada PR visa gives you a way to get long-term help. Like free education for all migrants kids under 18 at top schools and subsidizes college tuition. Want a more in-depth look at this? Call us at +91 8285552527 or email at [email protected] to talk to our immigration consultants about visas and how to get them. 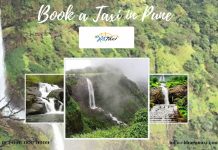 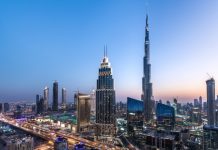