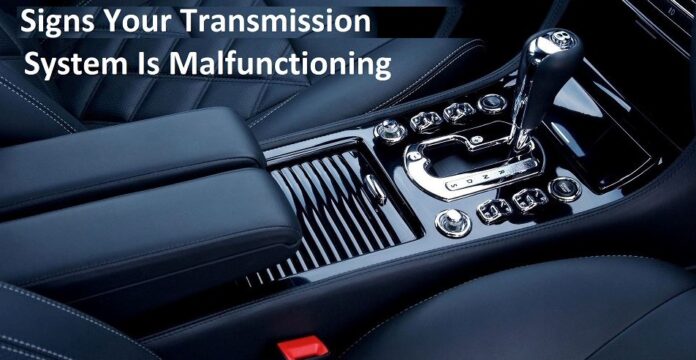 In this blog, we’ll discuss the signs you should be on a constant lookout for to take good care of your car and also save yourself from a costly system replacement.

Signs You Need to Lookout for A Malfunctioning Transmission System:

The transmission system of a car is automated and complex which is why repairing or replacing it can cost you more than the maintenance of the engine. Some of us just take our cars for granted and ignore their screams for attention and then in the end we are left with a piece of junk that refuses to act on anything. Read ahead to save yourself from this and get informed on how to take the utmost care of your car:

When you change your gear and it grinds, refuses to move or jolts then you should know that something is wrong. A well-functioning transmission system enables the smooth shifting of gears without it getting stuck.

At first, when gear fails to change properly, most would just apply more force and keep going at it till the gear gives and then drive ahead without a care. This is when things could go downhill. The more you push the gear to work the more your transmission system will get damaged.

Get instant help the moment you realize that your gear is jarring. However, if your transmission system is completely botched and you are on the lookout for cheap used cars for sale in Zimbabwe then head to our website now.

When you’re driving your car you realize that whenever you shift the gears there is a delay in the response of gears or maybe there is no response at all. Your car won’t reverse even if you have put the gear in reverse or won’t pick up the speed when you put it to drive.

This issue indicates two things. One that maybe you need to exchange the fluid because the old one has degraded and has become thick. The second solution to this is disconnecting the battery of the car for around 30 minutes and then reconnecting it again. If this doesn’t work then take your car to the mechanic and have them take a look at your car.

A rather dangerous side to a malfunctioning transmission system is the gear losing traction. While driving you change gears but it slips, you lose control of the gear because you don’t understand what just happened. If the above-discussed issues already occurred then this is the moment where you should have your car checked because you don’t want gear losing traction while you’re driving. Repairing a damaged transmission system will cost you more than used cars for sale in Zimbabwe so head to our website and get good deals for cars in good condition.

If your car starts making odd noises, pay heed to them. There might be a clunking or whirring noise that you can hear while driving your car which could mean any of the two things. One that the fuel of the car has gotten old and needs to be changed. The components of the car need to be perfectly lubricated to function properly otherwise the metals will just clang against each other and further damage the car.

The other thing that the car could be telling you is that there might be an internal part of the car that is failing. Get your car checked by mechanics who know a thing or two about automatic transmission systems and someone whom you can trust as well. Sometimes there really isn’t a bigger issue but some mechanics make it out to be which can cause you unnecessary charges than the car actually required.

Car smelling of food that you forgot in it is fine. But a car smelling of something burning is not okay. One of the main things that the transmission system of a car does is to keep the parts aptly lubricated so that metal doesn’t clang against each other and build up friction.

The more friction against the parts of the car the more they will break down and get damaged. The simple solution to this is to get the fuel changed as soon as possible to avoid the buildup of friction. If you feel as if the fuel is finishing too fast then check for a leak because transmission oil lasts a long time.

Also, beware of the oil you’re using. Be completely informed whether the fuel you’re filling your car up with suits your vehicle or not. If you’re tired of paying hefty maintenance costs then just buy used cars for sale in Zimbabwe from our website today.

If you notice a dark fluid down leaking from your car then you’re most likely to be seeing the transmission fluid draining away. Why’d this happen? It’s because your car has a leak somewhere. Immediately get this looked at because transmission fluid shouldn’t leak and could just get your car to break down in the worst possible way.

As we’ve mentioned before, the transmission system of a car is automated and complex which is why repairing or replacing it can cost you more than the maintenance of the engine. Transmission fluid doesn’t lessen no matter how much time you have been driving it for or the amount of distance you have covered. The only reason it is lessening is because of a leak. So, just get this fixed before it becomes big and you have to end up paying for hefty maintenance.

You may have an engine light indicator that shows you there’s a problem in your car before anything serious happens. This light doesn’t necessarily indicate that there’s an issue with the transmission system but is useful enough to make you aware of the issues of your car before they become a lost cause. Buy used cars for sale in Zimbabwe if your car transmission system is malfunctioning very badly.

Maintenance of a car can seem tiresome and costly if you don’t pay attention to the smallest signs it keeps giving you. A clunky, slipping, or irresponsive gear, burning smells, or fluid leakage of the car can start off as a non-issue but keep ignoring them for long and you’ll be in much more trouble than the situation called for.

Treat your car as a blessing and not as metallic junk to keep it running for a longer period of time. If you overlook the obvious cries of attention from your car then you will spend the majority of your time just wasting your money away in repairs and maintenance of the car rather than actually driving it.

Transmission fluid remains intact if there’s no issue such as leakage in your car. It won’t lessen because of time and the distance you’ve covered but if there’s a leak then the insides of the car will lose their lubrication which will build friction and completely damage the engine.

So, be on a constant lookout for the above-discussed issues and schedule your car’s maintenance for every month so it stays in a good condition for a longer period of time. We offer used cars for sale in Zimbabwe, so if your car has broken down completely just head to our website and buy them at great prices. 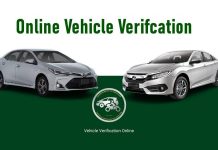 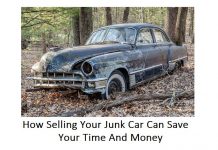 How Selling Your Junk Car Can Save Your Time And Money? 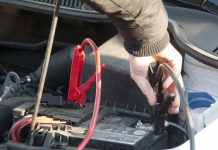 Can you just recharge Car Batteries near Me? – Useful Information

What You Need To Know About Shopping for Best Toys

The most effective method to expand the deals of our workwear...

What is cost control in manufacturing? 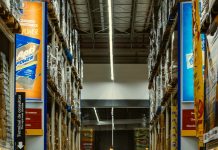 Amazon Wholesale to Maximize Your Revenues! 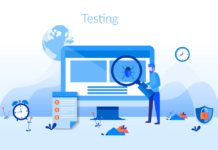 What Is The Ultimate Goal and Key Objectives of Software Testing